Europe and the New World Order 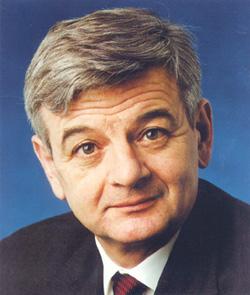 BERLIN – November 15, 2008, is a date to remember, because on that day history was made. For the first time, the G-20, the world’s 20 leading economies, came together in Washington, D.C., to find an answer to the global financial and economic crisis. While this first meeting resulted in nothing more than declarations of intent, it still marks a historic turning point.

Faced with the gravest financial and economic crisis worldwide since the 1930’s, the Western industrial nations (including Russia) that previously dominated the world economy are no longer capable of coming up with an effective response. Moreover, hopes for mitigating or, indeed, overcoming the global economic crisis rest exclusively with the emerging economic powers, first and foremost China.

As a result, the G-8, which excludes the most important emerging-market countries, has lost its significance for good. Globalization has resulted in a lasting change in the distribution of power and opportunities, laying the groundwork for a new world order for the twenty-first century.

Once the current global crisis is over, nothing will ever be the same again. The West – the United States and Europe – are in relative decline, while the emerging Asian and Latin American powers will be among the winners.

The US has responded to the decline of its global strength in an impressive manner, with the election of its first African-American president, Barack Obama. Amidst one of the gravest crises in its history, America has proven to itself and the world its ability to reinvent itself. And it is clear even now that this decision will have three long-term consequences.

First, the election of a black president will put to rest the tragic legacy of slavery and the American Civil War. From now on, the issues of skin color, eye shape, or gender will no longer play a deciding role for a candidate for high, or even the highest, office. The US political system now reflects the country’s demographic changes, as non-white sections of the population grow the fastest.

Second, Obama’s election will lead to a reorientation of US foreign policy in the medium term. In particular, the transatlantic/European focus of American foreign policy, which was previously a matter of course, will increasingly become a thing of the past.

Third, the internal realignment of America’s political-cultural perspective will be reinforced by the ongoing global shift of wealth and power from the West to the East.

The Northeastern Pacific powers – China, Japan, and South Korea – are already America’s most significant creditors by far, and their importance will increase further as a result of the financial crisis. For the foreseeable future, the greatest opportunities for growth lie in this region, and for both economic and geopolitical reasons America will increasingly turn toward the Pacific region, thus downgrading its transatlantic orientation.

All of this is bad news for Europe, because once this global crisis is over, Europeans will simply have become less important. And, unfortunately, Europe is not only doing nothing to hold off or reverse its decline – it is accelerating the process through its own behavior.

With the election of Obama, America has turned toward the future within a globalized, multipolar world; Europe, on the other hand, is rediscovering national action in this time of crisis, and thus banking on the past! The European constitution has failed, the Lisbon reform treaty is in limbo after the Irish rejected it, and stronger European economic governance is blocked by German-French disunity. The reaction of EU member states to this ongoing self-inflicted impasse is unambiguous: rather than trying to reenergize the process of further political and economic integration, they are primarily acting on their own to try to fill the vacuum that has emerged.

Certainly, coordination between the member states exists, and is even successful at times, but without strong European institutions, such singular successes will not last.

There is a very real danger that Europe will simply miss out on an historic strategic turn towards a multipolar world – and at a high price. After the summit in Washington, it should have sunk in among Europeans everywhere – even the Euroskeptics of the British Isles – that this strategic realignment is taking place right now! If Europeans cannot get their heads around the fact that the nineteenth century is over, the global caravan will continue to move forward into the twenty-first century without them.


Joschka Fischer, a leading member of Germany’s Green Party for almost 20 years, was Germany’s Foreign Minister and Vice Chancellor from 1998 until 2005.