The First 100 Days: New American Engagement for the 21st Century 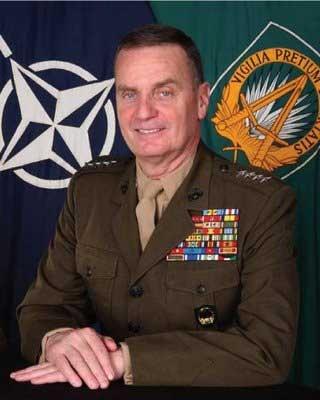 One hundred days ago, the United States celebrated the inauguration of our 44th President.  Many around the world joined us in celebrating what was an historic occasion for the American people, and for all who believe in the possibility of hope for a better future for themselves and their children.

The excitement and optimism we as Americans felt on January 20th has only grown since then, even in the face of a sobering global economic crisis, news of a flu virus, and daunting 21st century challenges like terrorism and nuclear proliferation; climate change and poverty; enduring conflicts and dangerous disease.

These challenges were not caused by any one nation, nor can they be solved by any one nation. As President Obama said on just his second day in office, "For the sake of our national security and the common aspirations of people around the globe, an era of new American leadership in the world has to begin now."

During the first 100 days of his administration, President Obama has already demonstrated to the world what a new American engagement will look like.

First, he has committed himself and his Administration to a foreign policy that ensures the safety of the American people and that of our friends and allies.  Global engagement on the basis of mutual interests and mutual respect is the starting point of our foreign policy.  And while there will be circumstances where such an approach might not be successful, the United States will first be prepared to listen to and talk with potential adversaries to advance our national interests and those of the global community that depend on the United States for leadership on security issues.  In those instances where a more demonstrable use of power is inevitable, no adversary should be under any illusion as to the outcome.  This is why we will continue to maintain our Armed Forces as the best in the world as well as the most admired and respected.

To carry out our engagement strategies, and almost immediately upon taking office the President appointed some of America's most talented diplomats to serve as Special Envoys and Representatives -- for Middle East peace, for South West Asia, for Sudan, for Afghanistan and Pakistan, and for Climate Change. This fact alone illustrates that the 21st century is one in which regional strategies will be at the forefront of our energy and focus on issues pertaining to national and international security. This represents a clear recognition that we must deal with the world as it is today and not as it was in the 20th century. Over the past three months, the national security community, to include our serving diplomats abroad, has engaged in active and effective diplomacy to confront the many challenges we face. To date the results have been encouraging, but much remains to be done.

President Obama has also made clear his commitment to pursue a deep and positive dialogue with Muslim communities around the world. That is the reason he gave his first televised interview as President to al-Arabiya. It is also why he told Iran's people and leaders that he seeks a new dialogue on the full range of issues that we face, and it is also why he spoke of new partnerships on behalf of education, health care, and opportunity in his speech before the Turkish Parliament. And finally, it is why he has made it clear that the United States is not now, and will never be, at war with Islam.

Second, we've made it clear that it is our intent to disrupt, dismantle, and defeat al Qaeda.  In March, the President announced the results of a comprehensive strategy review for Pakistan and Afghanistan that will finally provide the resources we need to achieve our goals, while helping the people of Afghanistan and Pakistan pursue security and greater opportunity.  In Strasbourg, at the 60th anniversary of the founding of the North Atlantic Treaty Organization (NATO), the President received broad international support for his strategy and a commitment from our NATO allies to create a new strategic concept so that the Alliance can become more relevant in meeting the challenges of the 21st century.  And in Baghdad, the President reiterated his commitment to responsibly reduce our forces in keeping with the Status of Forces Agreement negotiated with the Government of Iraq, all the while helping Iraqis take responsibility for their sovereign future.

Third, President Obama has worked to forge common approaches to a wide range of global challenges.  In London, he helped build an important consensus on concrete steps to deal with the global financial crisis, including a new global regulatory framework, increased assistance for developing nations, and a renewed commitment to free and fair trade.  In Prague, he launched an ambitious agenda to secure all "loose" nuclear materials around the world in four years, to reverse the tide of nuclear proliferation, and to strive for a world free of nuclear weapons.

Closer to home, President Obama has recognized our shared responsibility to effectively address drug demand and illicit arms trafficking and he has launched a new plan to combat drug-related violence along the U.S.-Mexico border.  The President also announced the lifting of restrictions on remittances and travel to Cuba for Cuban-Americans, and marked a new beginning with our neighbors in the hemisphere, offering cooperation on a wide range of issues at the Summit of the Americas.

The President has also worked effectively with multilateral organizations.  In past weeks the United States rallied our allies and the world community in response to the launching of the North Korean missile launch, and is augmenting the international effort to combat piracy off the coast of Somalia. Finally, the United States has signaled its intent to lead on still other important initiatives of great importance to our planet in advancing partnerships on clean energy and climate change, starting with the first preparatory session of the Major Economies Forum on Energy and Climate.

And finally, President Obama has rejected as false any choice between America's security and its ideals. On his first day in office, he ordered the closure of the Guantanamo Bay Detention Center within one year, banned enhanced detention techniques, and made clear without exception or equivocation that the United States fully supports the Geneva Convention and does not practice nor condone torture.  Here too, we will be expected to lead by the power of our example.

While much has been said and done in the first 100 days, those of us who are privileged to serve our nation in this remarkably complex and challenging period fully realize that we are only at the beginning of the journey.  We believe that we are making progress in meeting some of the great challenges we face in first restoring America's standing as a friend and partner to all who seek a future of peace, prosperity and dignity for their citizens.