Doctored BBC Reports Did Not Convince Brits Either 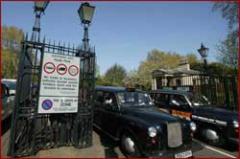 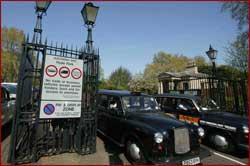 The recent BBC2 Newsnight story about a Romanian living in a tent in Hyde Park, central London, carried little credibility for the British people too. When the evening drops over Hyde Park, thousands of people pass by the Speaker's Corner on their way from work to home. This is the alleged time the BBC report was shot too, depicting a Romanian called Daniel sleeping in a tent set up in the park. The report, however, was doctored, say journalists working for the only Romanian newspaper published in London, titled "Romani in UK" sRomanians in UKt. Two weeks prior to airing the report, the BBC journalists called the newsroom of the Romanian paper asking for contacts of Romanian citizens recently fined, said editor-in-chief Cristina Eremie. The aim of the report, the BBC journalists said, was to establish the wrongful attitude of the British authorities towards Romanians.
"I refused to give them any names, but then they asked me for an interview," said Eremie. "I felt all the time that they wanted me to say certain things; I suspect they already had found that Daniel and now they needed a few people to support his statements."
"The surprise is they asked us to do the translation of the recordings they made with this Daniel of whom we knew nothing about," added Eremie. "Daniel was very absent-minded during that interview with the BBC, and at one point he said he would be late because he wanted to take a shower; this meant that he had a place were to shower to. The BBC journalists told him to hurry and take a cab, because they would pay for it, and added to not forget his tent. We thought nothing of it at the time, since Hyde Park is a regular place for setting up meetings. The only thing we could do was to publish the following day our own account of how the BBC story was documented," said Eremie. Workers in Hyde Park thought the story was a stretch too. Svetlana, working with a fast food in the Hyde Park, said she worked for the past two years on that job and saw immigrants wandering around Hyde Park, but police patrols always spotting them and removing them from the premises.
"My bosses laughed when they heard about the BBC report," she added. Hyde Park is huge, true, but I doubt police forces could have missed such a camping area in the park, if that existed, as the BBC report alleged." "Even toilets are closed during the night, to avoid being turned into hiding places. Anyone found after closing hour in the park is escorted outside," Louise Wood, Corporate Communications Manager at Hyde Park, said.
"I am not called to comment on the deontology of the BBC report, but one could easily see it was doctored," Wood said. The Times and The Guardian also said the BBC paid a Romanian citizen to pose as a resident of a tent in Hyde Park.
Other immigrants and English people also believe it was a lot of slant and malicious intent from the BBC. "I am an immigrant myself, studying fashion journalism here, and I know how helpless one can feel as a foreigner in this financial and political center. The English people are nice on the surface of it; but in fact they look down on any immigrant, and even more so on Romanians, since they do not take the time to see that not all are poor or poorly educated, said Ronaldo, from Brazil. "It is quite possible for the report to have been shot in a wooded area outside London; I have no idea if the Romanians are truly a problem to us; I read a few days ago that last year 5,000 Polish children were born in the UK. Maybe that could turn into a problem," said Peter, an Englishman sunbathing at noon time in Hyde Park.
Translated by ANCA PADURARU