Nadia Comaneci: "In my dreams I made more mistakes than in my day time workout” 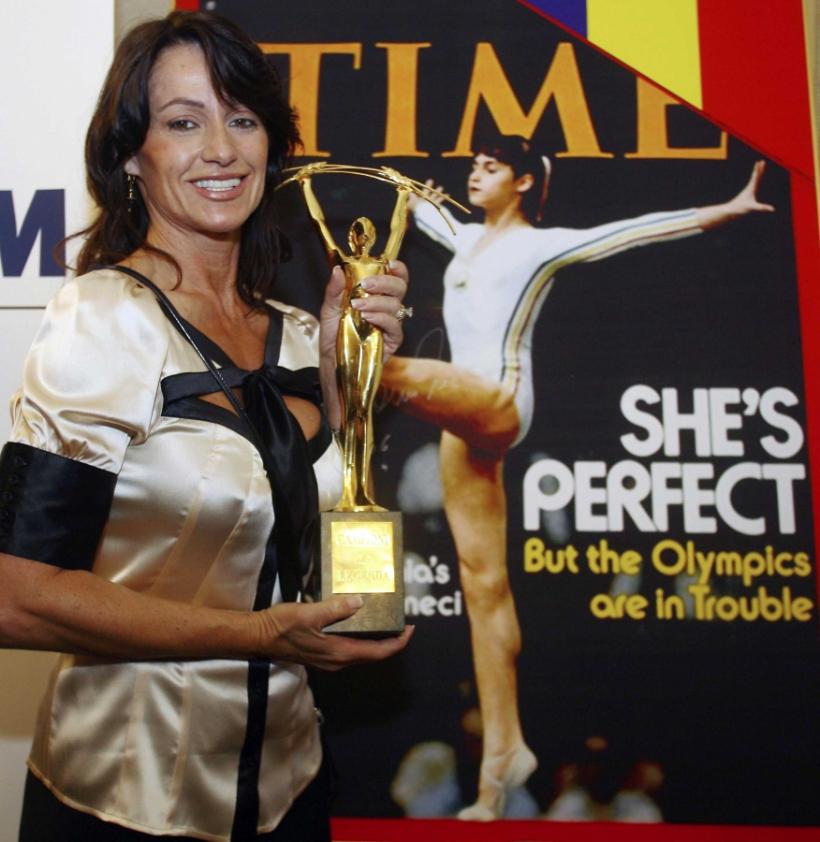 "Many times I dreamt about the routines that I was practicing. And many times I dreamt that I did mistakes, but when I was awake, this did not happen. For instance, when dreaming about my routine on the beam I always found myself stepping into the air, as if the beam suddenly became shorter,” recalls Nadia Comaneci in an interview to Marius Tuca, to be published starting today.


Nadia Comaneci: For whom it is hard? For you to get it, or for someone else?

That's true: I seldom agree to being interviewed.

I am trying to be.

It is good at least one of us got prepared.

I was not aware how famous I was in the world for a long time. In fact, I think I found out only after the competition in Montreal, when travelling in the United States to perform in gymnastics shows at Madison Square Garden. I could not understand at the time why people were so keen to touch me or my pampons. At that time our schedule was  so tight, with short visits abroad, when most of our time was spent in rehearsals and training. But we were so young that I do not believe we would have been genuinely interested in sight-seeing or meeting other people; we were pretty exhausted by our training anyway.

I am very surprised that 32 years on people still remember that moment. All kinds of people, including some I was watching in the news and admiring at one point or another. I found out this when actually meeting them, for  instance the members of the Rolling Stones band. They knew exactly where they were and with whom when watching the 1976 Montreal Olympic Games and I scoring the first ten in gymnastics history. I did not expect that.

That's true. I received many letters, right after the Olympics, with love declarations. But I was still a child. You know how one reacts at that age ...

Yeah, it is pretty hard to get a politician make the Sports Illustrated cover.

I did not realize at the time the importance of the fact. In Romania, at the time, we had media control and I did not understand the true nature of the impact that I had had abroad.

No, I found out about only much later

Sometimes I have to pinch myself to tell if it is still true. Nowadays it is so hard to do something that will create a real impact, so that people will remember that moment, or have their lives changed by it. I recall that I had the opportunity to meet Celine Dion in Canada, at the end of one of her concerts. She was early in her career and singing only in French. She told me that after seeing my performance in the Montreal Olympics she told herself that she wanted to do something with her life that will make her as big a success as I was then.

Yeah. And it is very hard to really accomplish anything. We all tend to forget, things that happened last year for instance. If you stop one in the street and ask who won the gymnsatics olympics four years ago I think that one will paus and think hard to recall.

Indeed, I did not do it for getting a footnote in the history of gymnsatics. I just loved freedom of movement, and after bumping into furniture too many times my parents decided that I had to channel that extra energy of mine. Anyway, in my time, being the best in your field was not equal to being famous. That came up later.

Some people believe to this day that you were in for the fame. But sports celebrities turned out only later on, in the '80s.
Maybe in the United States being a good sportsman or woman equaled to being famous, but not so in Romania.

That was true, but not only for that moment alone. I dreamt many times the routines that I made, and many times in my dreams I made mistakes, but did not repeat them in reality. Which is the best way to go!

For instance, when dreaming about my routine on the beam I always found myself stepping into the air, as if the beam suddenly became shorter.

In most of my dreams I succeeded to fly on my own. I ran, and ran, and ran, till at one point I became airborne. Which is a good thing, as I got it from people knowledgeable in reading the meaning of dreams.

I do not recall others.

TO BE CONTINUED IN THE NEXT ISSUE

×
Subiecte în articol: that with this english people Nadia Comaneci nadia were your comaneci time hard what when being dreams