A member from the Socialist Party of the Dutch Parliament and a member of the European Parliament want an investigation, after Jurnalul National revealed a fake report issued by the European Commission on adoption and children’s rights.  The Dutch Member of Parliament also send in Questions to the Dutch Secretary of State for Foreign Affairs & Justice in Holland.

In the past scandals with adoptions have been the reason why Romania stopped intercountry adoptions.  Now there would be attempts to force Romania to reopen their borders for adoption. The rumors about the establishment of a European adoption policy exists since longer.  “I have recently asked a few critical questions about that to the Dutch Government but these have not yet been answered.  But the today's revelations are going further than what I already suspected.”, stated Nine Kooiman.

The SP does not support to stimulate intercountry adoptions at European level, because the starting point must be that children grow up as much as possible in their original environment.  On top of that, adoption from abroad is a vulnerable process.  Kooiman: “If it is true that the European Commission manipulates research results, we have a problem. Not only because it is unacceptable that researches are being modified so that Europe can get more powers. But especially because it concerns here vulnerable children. The interest of the child must come first, not the interest of the European Commission”. 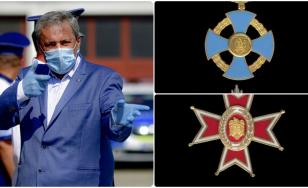