The European Commission has falsified an official report, released only partially exactly one year ago, during the Conference on Challenges in Adoption Procedures in Europe, in Strasbourg from 30 November to 1 December 2009.  Exclusively for Jurnalul National several experts testified about the pressure put on their work by high-rank European Commission officials, in order to get to the conclusion that there is a need for the establishment of a European Adoption Agency. The stake of the new agency: creating a "market" for European adoptions in which Romania would be forced to reopen international adoptions. Behind this decision are pro-adoption lobbies from France, Italy, Spain and the United States.

On December 1, in Strasbourg - France, the European Commission and the Council of Europe organized a conference on adoptions. Originally it was to take place behind closed doors, but it became public after Jurnalul National revealed the backstage games behind it and the attempt to invite only the adoption lobby, through the mediation of the Italian EC official Patrizia De Luca. Surprisingly, at the end of the conference the conclusion of a report were presented, which recommended the need for establishing a European Adoption Agency. The long awaited report did not become public and was kept secret at the conference in Strasbourg. It was not made public until spring 2010, after pressure from several non-governmental organizations. Even so, the details of the report were never made public. One of the aims of the report, which needed the consent and approval of all Member States of the EU, was to reopen international adoptions at European level and thus forcing Romania to repeal the law 274, which forbids the adoption of Romanian children by foreigners.

One year after the scandal of this conference, Jurnalul National has been able to reveal what is hidden behind the report but, much worse, to also reveal pressure from the European Commission on the Belgian law firm, which drafted the report, in order to falsify data. The study has cost 250,000 euros, European public money, and consisted of interviews with more than 500 experts, lawyers, social workers, adoptive parents and adopted children. The study focused on the state of play of adoptions in the 27 EU member states. The final conclusion of the report was that clearly there was an urgent need to establish the European Agency for Adoption.

In reality, however, this conclusion proved to be a factual lie, for which officials of the European Commission signed, under the pressure of lobby groups in several Western countries with direct interest in the reopening of international adoptions from Romania. The study and the report were prepared by the law firm DBB - Demolin - Brulard – Barthelemy in Brussels, an associate of the French law firm PDGB.

Here is the stupefying testimony of one of the experts who prepared the country studies and the European Commission's report. "We were asked to conduct a study and a report identifying the needs of children, social services, the needs of the adopters and solutions for each country in order to improve the adoption and care system. We developed a questionnaire for each EU country. Then we interviewed over 500 subjects. Most of them answered they want better social protection, support for adopted children, post adoption assistance for adoptive parents after adoption, and some country-specific problems. There was only one question on whether it is necessary to establish a European Agency for adoptions. Only a few lawyers, out of the 500 subjects considered the new agency as necessary. Finally, we presented the conclusions and the report to the European Commission. When they saw the results they went mad at us and refused to acknowledge the study and its recommendations. They said the study would only be accepted if we would follow their main recommendation of setting up a European Agency for Adoption. Or, in reality, only a few had said such an agency would be good. Our firm’s prestige was at stake. We have been forced in the end to accept this conclusion, although it is not the reality. However they added whatever they wanted. We have been put in a situation with no alternative, because our company has several contracts with the European Commission and other European institutions. We could also risk losing these as customers. If we did not do it, they would have gone to another company and get the result they were looking for. "If you don’t make the recommendation about the new agency, you do not get your money” - this was the message of the European Commission ", Jurnalul National was told, on condition of anonymity, by one of the experts directly involved in the realization of the research and the report.

Lying was necessary for the lobby groups and adoption agencies in order to establish the "adoption market." "European States would have a limit, for example of two years, in which the children can stay in care, after which they would become adoptable. First in their country, and after a period of time they get on the European list. If not adopted this second time, then the children are put on the international adoption list. Such a system would take away the responsibility of the Member States to provide care for children temporarily or permanently deprived of parental care (UN Convention Rights of the Child). A European Adoption Agency – as EU institution staffed by EU civil servants – would take all responsibility away from national Member states and would create a full fledged free market. Adoption agencies from all over the world would be competing to get the children. Member States will have less incentives to create appropriate care for children, or to place children back into their own families, invoking that having the children adopted will save a lot of money on child protection and social protection costs. It is important to realize that children in care, foster and residential, have families and mostly are in contact with them. Adoption changes identity and cuts permanently all family ties”, said European official Roelie Post, seconded to the NGO Against Child Trafficking. She says the number of children legally adopted internationally has declined. Since Romania's accession to EU, the number of children available for adoption decreased worldwide from 40,000 to 20,000 per year. A future European Adoptions Agency will also have the problem of legality, because the EU has no legal powers on the issue of international adoptions, which are directly regulated by protocols between the Member States, and work under national competence.

Roelie Post followed this phenomenon and she believes that the report was meant to be used in the EU Strategy on the Rights of the Child. Without success so far, the EU strategy on children's rights, announced since 2006, but not yet finalized. The initiative was called "the Frattini strategy”, then Vice President of the European Commission, and who concretized the fake report of the EC in 2010. Roelie Post wrote a book about the export of Romanian ‘orphans’ until the introduction of Law 273 and 274 of 2004 that stopped the business with adoptions from Romania. The book and more information can be found at: 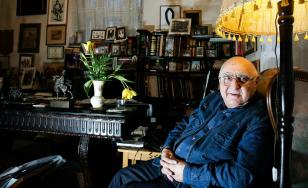